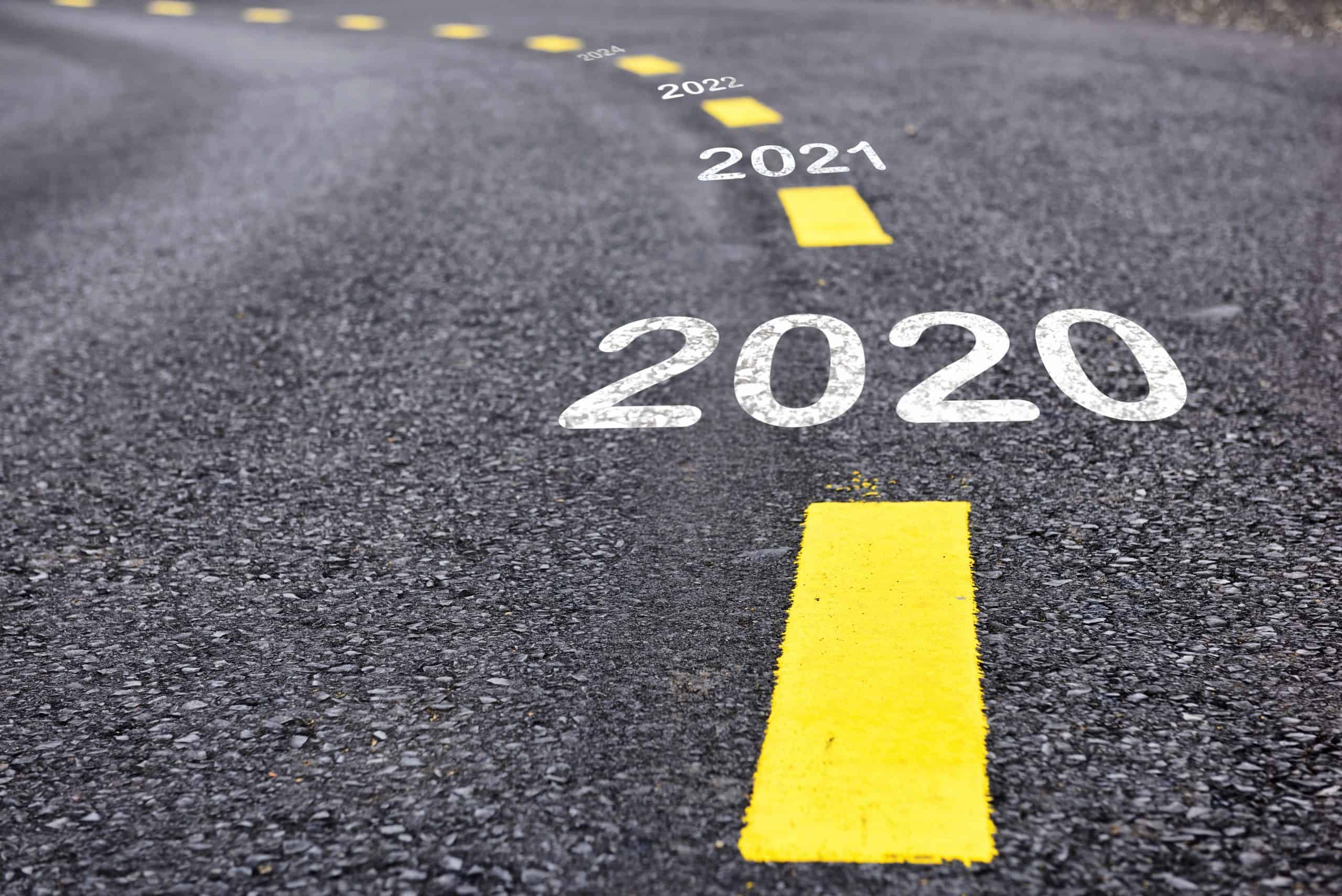 Of all the countries in the world, Australia is one of just 5 that entered 2021 very well-placed. Granted, the COVID-19 pandemic dealt a massive blow to the country’s economy and industries, including construction. But things are bouncing back, for now, anyway.

A significant contributor to Australia’s economy is construction, accounting for 8% of the output. 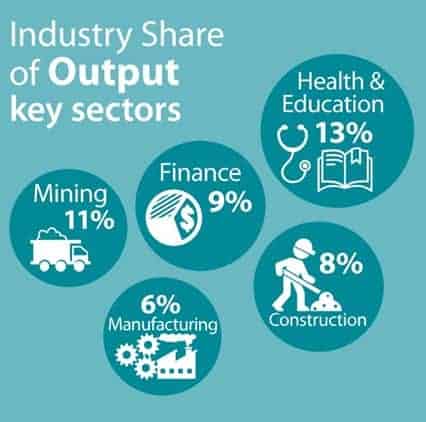 And just like GDP, construction promises a mixed bag in 2021 through 2022. So far, it’s holding up well – after the damage of 2020 – thanks to the government’s direct investment in infrastructure projects as well as the very successful HomeBuilder Grant scheme.

These investments, along with rising construction finance commitments, are expected to sustain the demand for new construction services in Sydney, Victoria and most other areas for the first part of 2021. However, with the HomeBuilder scheme ending in March 2021, a dip is anticipated towards the end of the year and 2022. Commercial construction, which was already on a decline pre-COVID, is expected to remain so throughout 2022.

The Key Figures to Kick Us Off

In the quarter ending December 2020:

The numbers show that while 2021 started decently well for the construction industry, investors are growing reluctant to put more money in construction projects. That’s down to many factors, but none more so than the uncertainty that came with the COVID pandemic. Because of it, some projects that were in the pipeline (planned or under consideration) have already been cancelled or are going to be cancelled. $15.2 billion worth of cancellations!

This cancellation trend is likely to continue. While (obviously) not all construction projects will be called off, a majority of the remaining ones will be in transport and mining. For the rest, 2021 will increasingly look like a typical recession, according to Deloitte Access Economics. That means a decline in construction spending and investment.

The good news is that the vaccine rollout is well underway. It will certainly ease some pressure on the Australian economy and consequently the construction industry. And although that’s a cause for celebration, the positive effects won’t be felt before 2023 (check charts below for more info).

With over 1.5 million people employed directly in construction, the industry is the third-largest in Australia after retail and healthcare. An additional 440,000 jobs indirectly rely on construction.

As Master Builders predicts, 463,300 construction workers could lose their jobs due to COVID-19 effects. Another 171,600 non-construction jobs could be lost in industries that rely on construction. This is partly down to the fact that forward contracts have reduced by 40% across all sectors, including construction.

Therefore, a significant number of people who have been earning their bread and butter in construction will remain jobless in 2021 and 2022. That creates a recipe for an oversupply of labour in the short and medium term, which, in turn, is likely to push labour costs lower than they were before COVID-19 happened.

As the Deloitte Access Economics business outlook reports, pre-COVID wage gains won’t be reached until unemployment drops to under 6%, which won’t happen before 2023. That means construction wages will remain low in 2021 and 2022.

Generally speaking, the costs of construction have fallen thanks to record low-interest rates. And since the Reserve Bank has promised to keep interest rates low for at least the next three years, you can safely bet that construction costs will also remain low in 2021 and 2022.

That’s excellent news. In fact, business confidence in Australia is currently at its highest level in two-and-a-half years. Add that to the rising iron ore price and you can see why construction companies – particularly those that deal in export – have reasons to be happy.

Yet they are, in fact, far from happy. Amid the current uncertainty, most construction funding is coming from the government (not the private sector) in the form of housing grants and infrastructure projects. Infrastructure projects are especially headline-grabbing with over $50 billion set to be spent in 2021 and 2022. 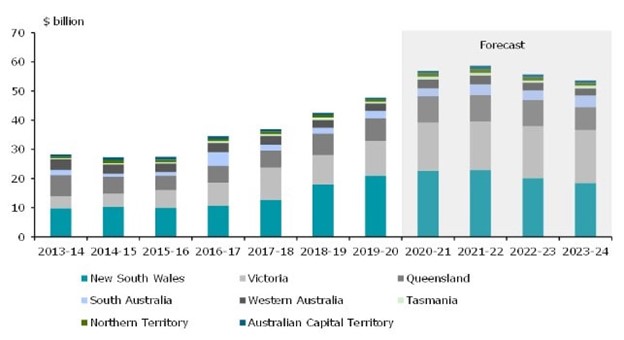 Even so, it is the private sector that’s expected to deliver these projects. The problem is, contractors are not willing to bid on major projects after a string of highly publicised losses in the construction industry. Therefore, while the money for projects may be there, the fear of making losses seems to be preventing some contractors from bidding for projects.

The upside is that bidding wars won’t be cutthroat fierce in 2021 and 2022. That gives smaller construction companies a chance to give the big boys a run for their money. And with firms like CONVEYING & HOISTING SOLUTIONS™ offering material handling equipment for hire, small and new companies that have typically been limited by their budget can confidently bid on major projects.

The government’s HomeBuilder grant increased Australians’ appetite for homeownership. As many as 75,143 people applied for the grant, including a whopping 35,000 in the last three weeks of 2020. That was a steep deviation from the 27,000 that the Treasury had planned for the entire program.

As a result, the cost of the scheme rose from $688 million to $2 billion. It’s projected that it will boost residential construction activity by $18 billion in 2021. As already-existing data shows, most of it will go to the construction and sale of new houses. 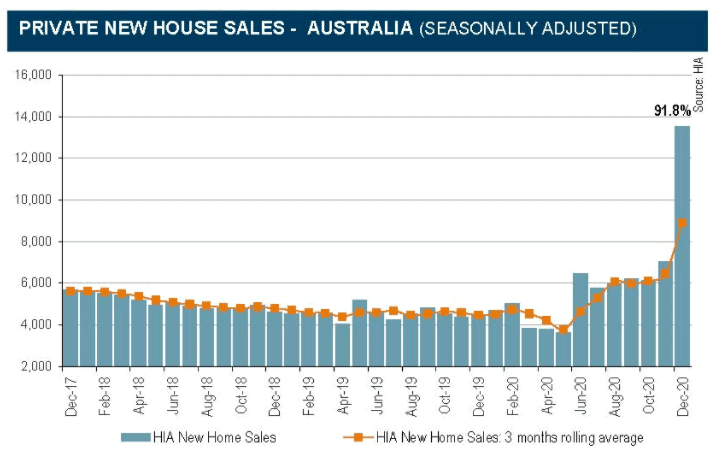 However, things are likely to be less pleasant in 2022 when the grants and subsidies are withdrawn. Macrobusiness projects that ballooning demand will ultimately crush the residential construction industry in 2022 and 2023. The NHFIC’s official forecasts suggest the same thing.

Unless the federal government provides more subsidies, the construction industry will take another big hit in 2022 as far as residential construction. Unfortunately, commercial building doesn’t offer great news either. It was already on a decline before COVID-19 struck, and Master Builders predicts that commercial building will register negative growth until at least 2025.

With renewed business confidence in Sydney and states like Victoria, business conditions look much better now than they were one year ago. That’s reflected in construction where the industry is slowly bouncing back.

Government expenditure in housing and infrastructure projects has partly mitigated the construction industry from the massive losses that were witnessed in 2020. That, combined with fairly steady mining industry, means that construction companies can still get contracts despite the uncertain economic times.

However, with government grants and subsidies coming to an end, 2022 is promising to be tougher than 2021. Expect construction projects to slow down. One positive is that labour costs will remain low at least for the short term. Companies can take advantage of that to lower their overall operating costs.

Here at CONVEYING & HOISTING SOLUTIONS™ we are also determined to ensure that every construction company – big or small – stays afloat until we are fully past the COVID-19 pandemic. For that reason, we are now offering landscape and construction equipment at better than ever prices.

Instead of spending a fortune on acquiring equipment, you can use ours. We have over 850 items for hire and over 110 years of experience in construction, landscaping and renovation. Give us a call today for a free site inspection.

How to Source a Reliable Subcontractor: 5 Important Things to Assess